The narrower crop 2. The popular 70D has Dual Pixel AF which makes it worth the extra money, in my view at the current used prices but the bump from 18MP to 20MP over the others, increases the crop factor a little bit in x 1.

The continuous recording resolutions like x in crop mode give you Canon EOS 7D Magic Lantern hefty 5x crop or more, which is useful for grabbing an extra telephoto shot without changing the lens. The moire is much less troubling in raw video than it is in the stock Canon video modes. The 60D is not even cheaper than the much more capable D and D!

This is 10bit, and crops the 1. The 5D Mark II is a very old camera now, but excels at raw video and is highly recommended! Boy, does this camera have legs. Developing Magic Lantern is a long, complex process with no guarantees.

Developers are working on the 80D, EOS M2, plus others, and I am sure the 5D Mark IV will be on the radar, but after a year of poking the 80D with Digic 6, they have not got it up and running although some hacking progress has occurred on the way. So to my freshly formatted card, I dragged again the autoexec. Following the official ML page uninstalling instructions I accessed to main menu, and clicked on the Update Camara Firmware.

A message appeared telling that update couldn't be made without a firmware file inside the MC. So I used the firmware 2.

I dragged the firmware file to the MC and now yes, by following the instructions, the update started and was installed. After that, the camera died and never turned on again. 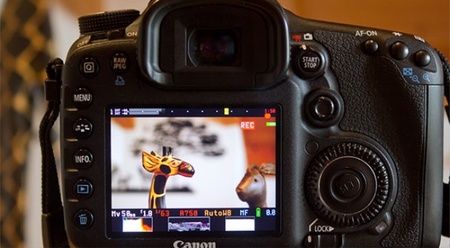 This alone makes it worth it for me. Maybe you want to take a photo without triggering the shutter? ML allows the camera to take silent photos.

Do We Still Need Magic Lantern?

Record voice tags for your images? Or triggering the shutter based on motion detection? Do we even need it anymore?